Current News: Have you seen any bad bolts on routes lately? If you notice spinning bolts, bolts in need of replacement, dangerous anchors, etc, please report them to us via the link below, or scan the QR code.

USFS Updates for Climbs in the Ten Sleep Canyon Area

(5/18/21) The Forest Service is currently in the development phase of the Ten Sleep Climbing Management plan. They have been working closely with community members, the BCC, and the Access fund to develop the plan, which will be available for viewing in around early August. The plan will then have a 30 day objection period for public comment, in which the public has the opportunity to submit a formal comment to the FS concerning the plan. Stay posted for more information. Our Instagram is updated regularly and is a great place to get information about the current status of the area. For more information, please use the contact form or email info@bighornclimbers.org

EARLIER NEWS: Due to the visual impact of red padlocks on the rock climbing resource within Ten Sleep Canyon, the USDA Forest Service has removed all known padlocks and the hangers they lock from those particular climbs. Unauthorized chopping of bolts, tampering, or altering of established climbs will not be tolerated on the Bighorn National Forest.

Due to the heavy manufacturing (egregiously drilled or chipped holds on blank sections of rock, large amounts of glue, obvious tool marks) of holds, entire climbs, and entire crags in Ten Sleep Canyon, the rock climbing areas known as Funky Town and Trump Tower, along with their respective trails, are no longer open to climbing or travel. Further investigation by the USFS of manufactured routes and areas will continue to determine what future action may be required.

Trump Tower is located near the bottom of the old road. The parking area is at a telephone pole below a collection of huge boulders and with an obvious pink streaked waterfall above, just past the cattle gate if you’re heading west toward the fish hatchery. Heading east, if you hit the cattle gate you’ve gone too far. The trail shares the same start as the climbing areas known as Honky Tonk, Powers, and Greenland. Near the top of the trail, the trail Y’s just below the waterfall. Take a right to head toward Trump Tower and Greenland. You will arrive at a trail with wooden steps and a sign. The trail to Trump Tower and all climbs in the area are now closed to travel.

Funky Town is located above the switchbacks on Highway 16. Heading east it is the first pullout on the left after the runaway truck ramp. Heading west it is the last pullout on the right just before the runaway truck ramp and just before you descend the switchbacks into the lower Ten Sleep Canyon area. The trail to Funky Town and all climbs in the area are now closed to travel. Padlocks and hangers have been removed from climbs as listed, L to R.

-The following list is an update of climbs found to be altered other than as they are listed in guide books or other resources.

The Punk Rock Ten Sleep Guide Book is BACK IN STOCK! 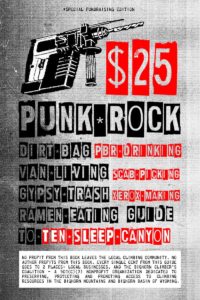 The Bighorn Climbers’ Coalition is a 501(c)(3) nonprofit organization dedicated to preserving, protecting and promoting access to climbing resources in the Bighorn Mountains and Bighorn Basin of Wyoming.

1. BCC’s founding members and board of directors are a passionate and dedicated group of longtime area climbers and Wyoming residents who currently live in the Bighorn Basin.
2. The BCC is heavily invested in forging and maintaining positive connections between the greater climbing community and relevant land managers and local communities.
3. A 501(c)(3) nonprofit organization, the BCC intends to raise funds, obtain grants and organize efforts to improve local recreation areas. This will benefit the climbing community as well as other recreational user groups while decreasing potential negative environmental impacts from climbers.
4. One of our biggest goals is to get a permanent outhouse facility established in Ten Sleep Canyon in a location that makes it easily accessible for climbers. This would be a service to others enjoying recreational pursuits in the canyon as well. 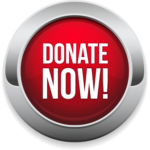 Through our mission, there are costs involved. We need your help so that we can continue to move forward in the organization of climbing resources in the Bighorn Mountains and Basin of Wyoming. Donate Now!

If you’d like to keep your donation anonymous, please state so through the Paypal process (In the message box). Thanks.