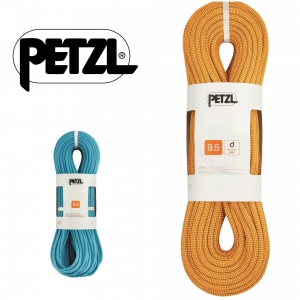 The Bighorn Climbers’ Coalition (BCC) is excited to announce that Petzl America has agreed to be the title sponsor of this year’s Ten Sleep Climbing Festival. Petzl’s support for the coalition and the annual FREE climbing festival include a donation to the coalition as well as a contribution of gear for the festival raffle, including two ropes (pictured above) as well as two Grigri 2s, among other prizes. Petzl’s offer to become the festival’s title sponsor stems from the company’s desire to support local climbing communities both large and small in their efforts to preserve, protect and promote climbing resources in a sustainable fashion. The BCC extends a warm welcome to Petzl America, and we are thrilled to have the company’s support as this year’s title sponsor. Other companies contributing goods to this year’s raffle include Clif Bar, Scarpa, Native Eyewear, prAna, Joshua Tree Skincare, Crazy Woman Cafe, Dirty Sally’s General Store, Canyon Collections, the American Alpine Club, and more. Thank you to all of our supporters for helping us to make this year’s festival great!

Warning: Rock climbing is an inherently dangerous sport in which death or severe injuries may occur.

Relying on information found on this website may increase that danger. There are no warranties, expressed or implied, that this website is accurate in describing routes, protection, approaches or the dangers involved in rock climbing. You are solely responsible for your own actions, including climbing safety and the safety of those climbing with you.

We need your help so that we can continue to move forward in the organization of climbing resources in the Bighorn Mountains and Basin of Wyoming.